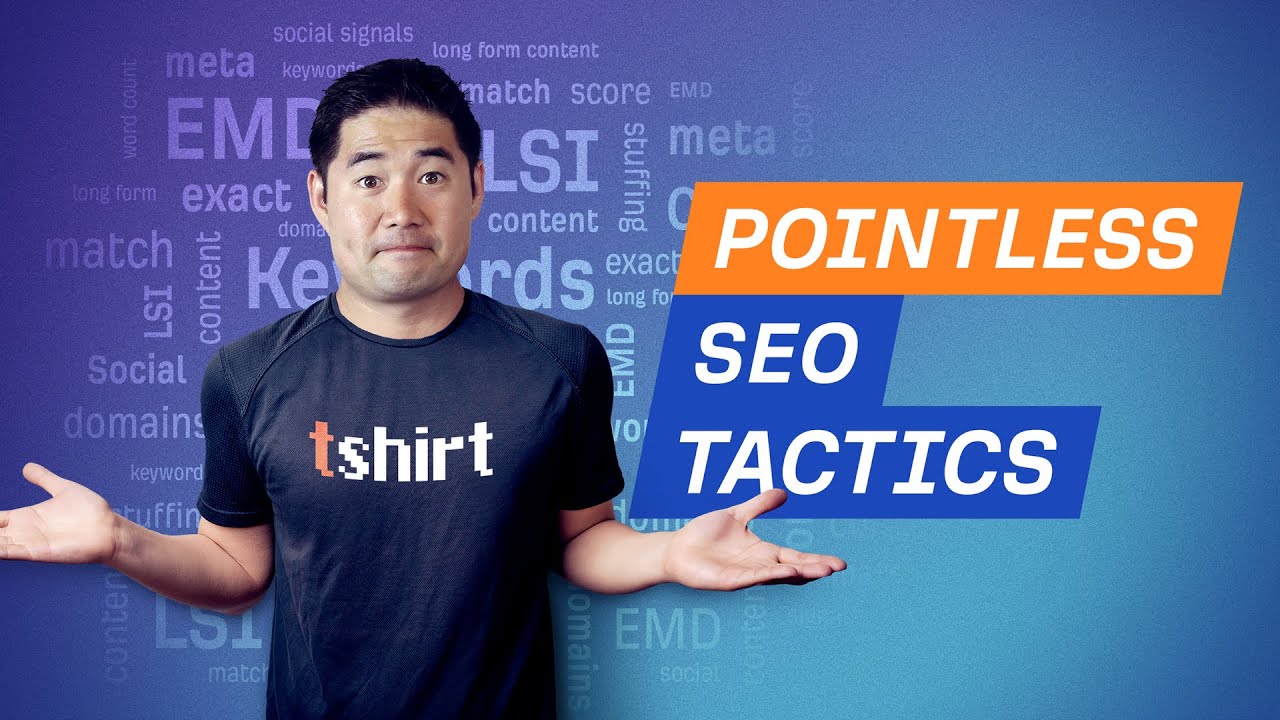 5 Things in SEO that Aren’t Important

Here are 3 questions for you: Do keyword matched or exact matched domains rank? Are LSI keywords important? Should I give social signals to a micro niche blog?

These are some very popular questions I get and the answer to them all is, it doesn’t matter. The troubling thing isn’t the questions themselves. It’s the fact that they’re frequently asked. And because they’re frequently asked, it means a lot of blog posts and videos are recommending these things as advice. When in fact, these are not the things that are going to move the needle in your SEO rankings. So in this blog, I’ll cover five things in SEO that probably don’t matter and where you should focus your time and efforts instead. So read it to the end.

Remember, it’s important to note that this list of “things that don’t matter in SEO” aren’t exactly SEO myths and they aren’t necessarily bad practices, they’re mostly things that people obsess and worry over when they really don’t matter in terms of improving your Google rankings. So throughout this blog, I hope to give you some answers that’ll help you to stop worrying about these things so you can focus on techniques and strategies that’ll actually make a positive impact to your organic rankings.

Let’s kick things off with the first thing, which are “LSI keywords.” People often refer to “LSI keywords” as related words, phrases and entities to a topic. For example, if you were to write a post about baseball, then keywords like “pitcher”, “catcher”, “outfield”, “short stop” or even “the Boston Redsox” would be considered “LSI keywords.” But LSI stands for Latent Semantic Indexing. And Google doesn’t even use this indexing method. In fact, Google’s John Mueller said, “There’s no such thing as LSI keywords.” So rather than focusing on “sprinkling”, so-called “LSI keywords” into your content X number of times, focus on creating content that’s comprehensive. And we have a full tutorial on content writing for SEO that gets a little more technical.

The second thing you shouldn’t worry about is achieving a content score in a content optimization tool or getting a green light with Yoast’s WordPress plugin. Content optimization tools often give you a score based on the body of your content. And SEO plugins like Yoast will show a green light if you’ve satisfied their criteria. But these scores don’t mean that your content is optimized for search. It just means that you’ve met some basic on-page requirements like including your target keyword in your title and content, sprinkling in some related keywords, and probably a few other things. And while some of the “green light criteria” is considered on-page SEO best practice, you shouldn’t waste your time obsessing over scores because these aren’t determined by Google. They’re created by third-parties. It’s not that Yoast or content optimization tools are bad by any means, they’re actually quite helpful when you’re working with freelance writers or if you’re new to SEO. But the main point is that you should focus on satisfying user intent, because no score is going to be 100% accurate and get you to the top of Google.

The next thing you shouldn’t worry about is word count. So back in 2012, serpIQ conducted a study showing that the average content length of top 10 ranking pages was more than 2,000 words. Naturally, people started saying that you have to create long form content that’s at least 2,000 words in order to get a top 10 ranking. But correlation doesn’t imply causation. Take Amazon as an example. Their pages generate thousands and even millions of visits from Google every single month. And these pages don’t have even close to 2,000 words on them. Aside from the fact that they’re the world’s largest e-commerce site, I would argue that it has more to do with search intent, which represents the reason behind a searcher’s query. 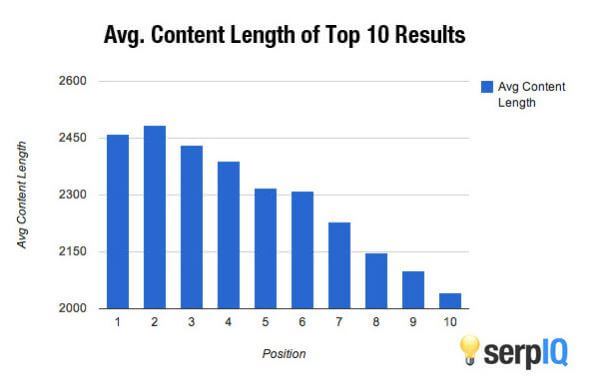 For example, if we look at the search results for the query, “usb dongle”, you’ll see that the majority of top-ranking results are product and category pages from big box stores. And if we visit the page from Best Buy, you’ll see that the page isn’t stuffed with thousands of words about USB dongles. And that’s because Google knows that people searching for this query likely want to buy one, not read about them. But you’ll also see this result from PCMag called, “Definition of USB dongle.” And if you look at the body of the content, you’ll see it’s quite short – 117 words to be exact.

You might already know a bit about search intent, so you might argue that for informational queries, you need to write long-form content. That too is false. Let’s look at the query, “how to build a deck”, which is clearly a popular and semi-competitive topic. Scrolling down to the SERP, you’ll see that this article from Lowes ranks in the top position. Well, that page is 1,009 words. The article from This Old House is just under 1,400 words. And this one from Family Handyman is 964 words. So does that mean you should create content that’s the average word count of the top 3 pages, which is 1,120 words? Absolutely not! There is no formula to calculate the exact word count you should aim for and that’s because there is no such thing as an ideal word count. Instead, focus on matching searcher intent and creating content with depth. And in cases where you do have a high word count, that’s usually a byproduct of creating in-depth articles.

If you’re still not buying it, then take a look at what John Mueller said on Reddit, “Word count is not a ranking factor. Save yourself the trouble.”

The next thing you shouldn’t stress about are exact match domains. And there’s quite a bit of history behind these. So exact match domains are just domain names that exactly match a target query. For example, if you wanted to rank for best weight loss pills, then an exact match domain would be something like bestweightlosspills.com.

This obviously looks very spammy, but people used to do this because it worked. But in 2012, Matt Cutts, former head of webspam at Google, announced that there would be a change to reduce low-quality “exact match” domains in the search results. Now, despite the fact that Google publicly announced this update in 2012, someone followed up with John Mueller in 2017 asking if EMDs have some sort of “special impact.” To which he responded, “There’s no magic EMD bonus.” Then in August 2021, another person asked about buying keyword rich domains, to which Mueller said, “In my opinion, not for SEO reasons.”

Bottomline is they don’t work. So instead of looking for keyword rich domains, stick with one that’s brandable and build your reputation rather than looking for an EMD bonus, which again, doesn’t exist.

Next up are social signals. Social signals are engagements on social media posts like shares, likes and comments. And people often think that you can get higher Google rankings by getting lots of engagement to a post that links to your website. This is flat out wrong. But a lot of this theory comes from confusing messages from Google.

In 2010, Danny Sullivan wrote that Google uses social signals in their organic and news rankings. And Matt Cutts actually confirmed this in a video that same year. But in 2014, Cutts said that to the best of his knowledge, there are currently no signals in the ranking algorithms that put any weight on how many Facebook likes or Twitter followers a specific page has. And long story short, they realized that this was an unreliable way to rank pages because

a) they were blocked from crawling social media websites for about a month and a half and b) they had challenges with identification.

If you still think that social signals are the secret sauce to higher Google rankings, then just use some common sense. Basically, anyone can buy a ton of social signals for super-cheap. So if Google were to incorporate this into the way they rank their pages, then it’d be way too easy to game.

It’s not to say that getting social engagement is a bad thing. It’s great for building your personal brand. And I’ll even say that it can indirectly help your SEO efforts. Because by amplifying your content on social media, you’re getting more eyeballs to your content, some of which can turn into backlinks, which can definitely move the needle.

So what does matter in SEO?

A lot of things. But if you’re relatively new to the industry then I suggest cutting out the noise and focusing on these three things.

And again, we have a free no-fluff SEO course for beginners that can show you how to do that so I highly recommend watching that from start to finish.

This list of “things that don’t matter in SEO” isn’t exhaustive. So we’d love to hear from you about some ineffective SEO practices that are still being recommended in our community. And of course, if you enjoyed this blog, make sure to share this article for more actionable SEO and marketing tutorials.

This is a transcripted YouTube video, courtesy of Ahrefs 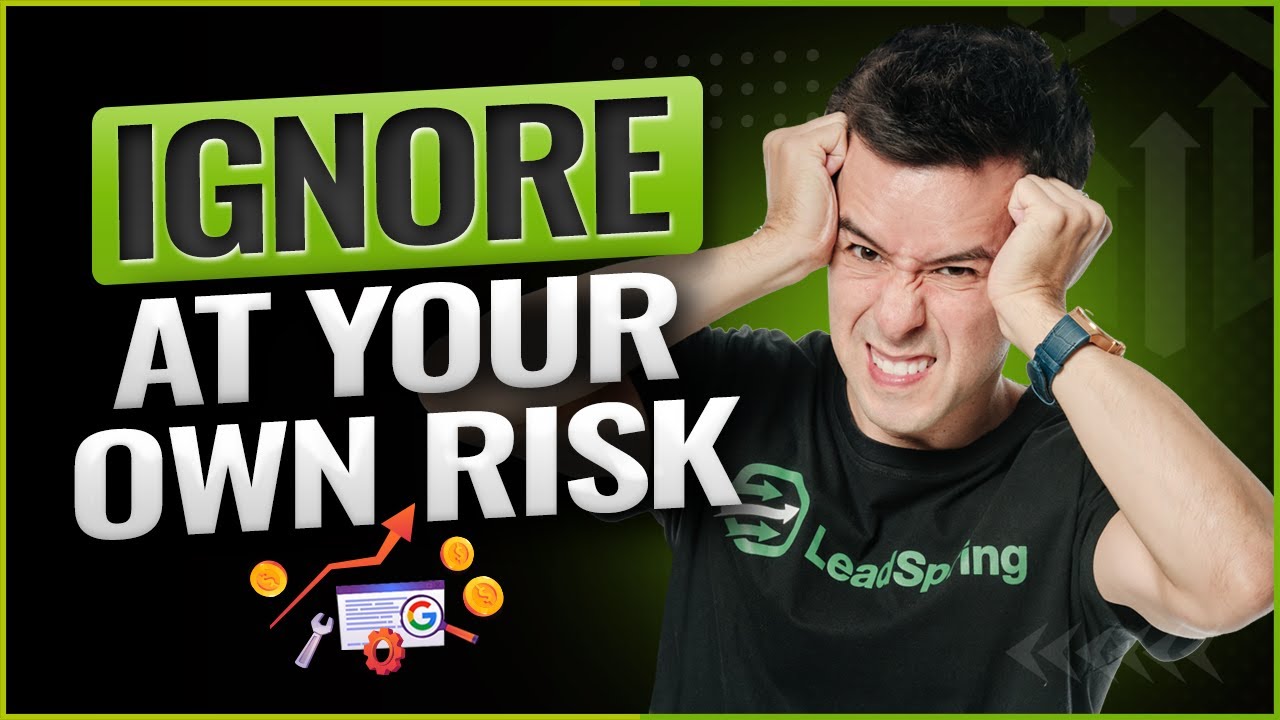 A new year brings new SEO challenges. This isn't an updated article of 2021, but it's written in 2022 so current AF! 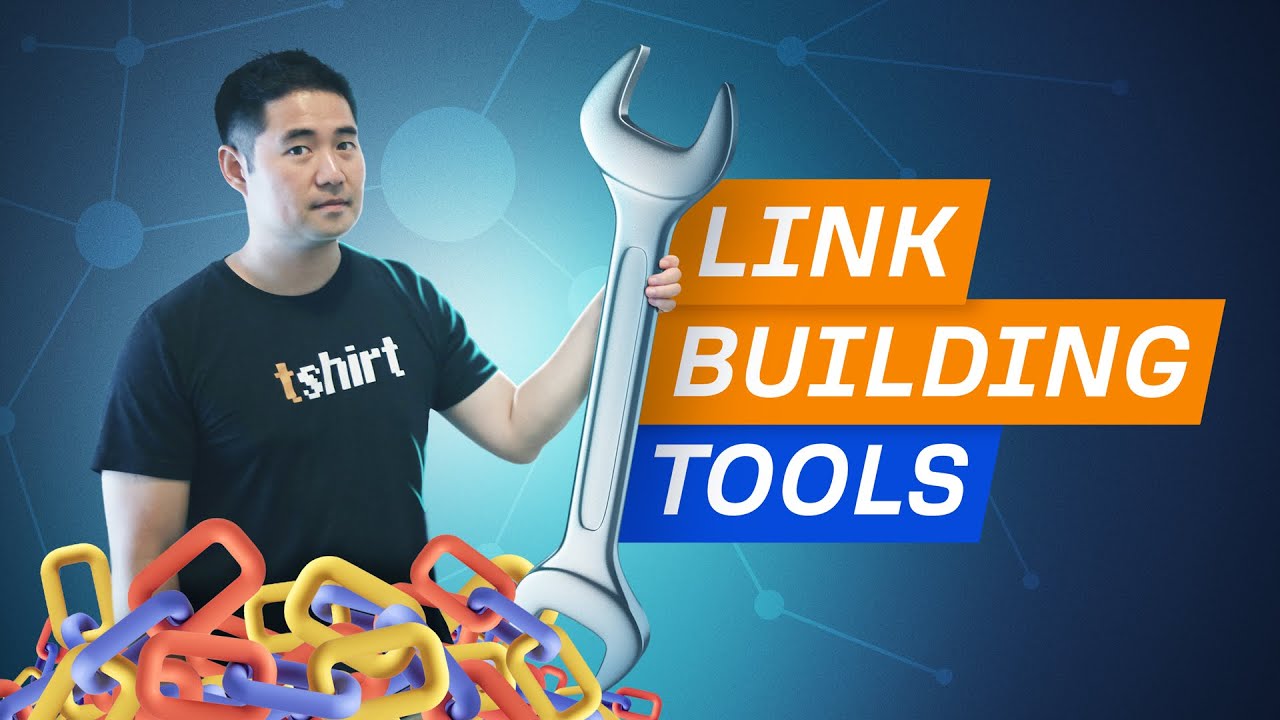 The Only Link Building Tools you Need (Free and Paid)

Over the last decade, I’ve tried dozens of link building tools. Some that weren’t very good, some that used to be great, and many that continue to be essential. These are my favorite... 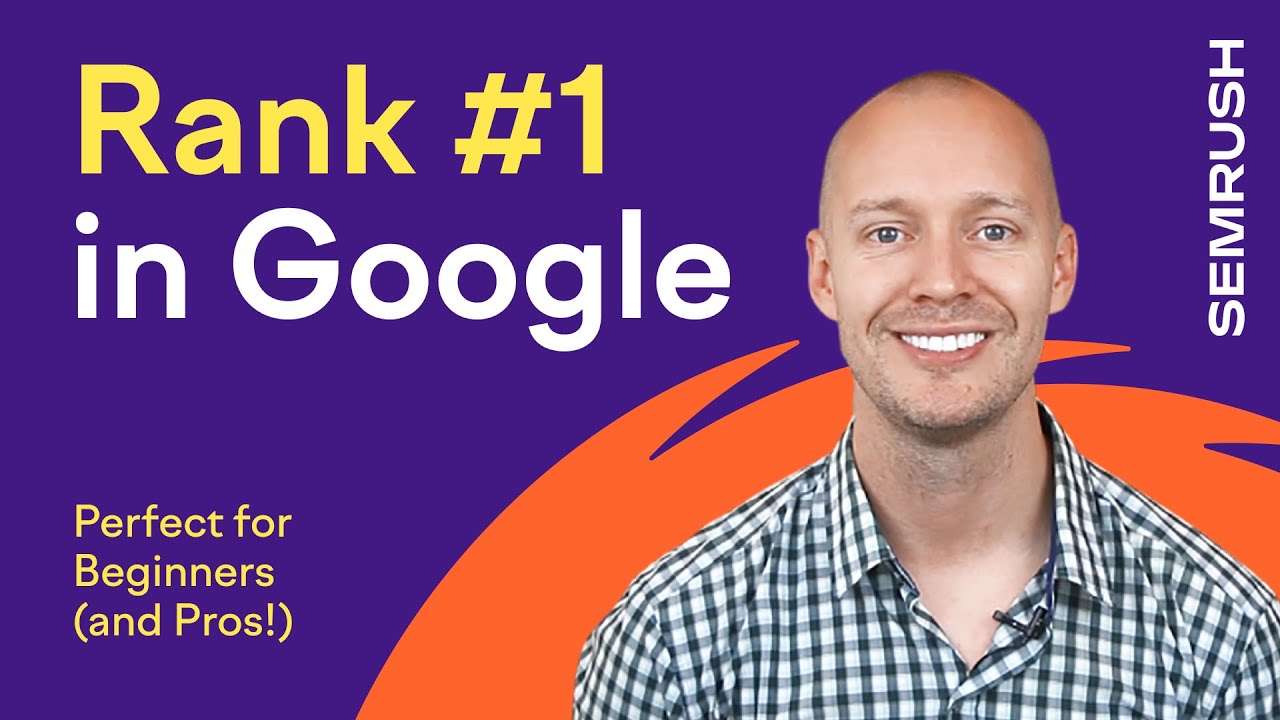 In this blog, I'm going to show you exactly how to rank on the first page of Google step-by-step.